This past term was my first at a new school - Pakuranga Heights School. After having been at the same school for three and a half years and in the same room for the last 3 years, this was a big shift for me, especially since I moved classes in the middle of the term (and am planned to move once again in the middle of this term coming up). For the last two years I had also been in year 2. With a move up to year 3 and 4, it was almost as if I kept the same cohort of students from the last two years. It does make things a bit easier when you can see the progression of learning over a few years, even it I don't have the same children.

I have also been given some bigger responsibilities: eLearning Leader.

Despite the big changes to my school and level, I put a large amount of effort to change my practice. Though a bit stuck because of a lack of permanent learning space, I was able to actually work on that. I think it's important to have a classroom with a variety of well defined learning spaces. Starting out, I tried to get my students to design the classroom, but I'm pretty sure I didn't give them enough direction because the results were confusing. I couldn't really work with what they suggested. So I set the classroom up to my liking. And that work somewhat. Originally I had 28 desks and chairs, but I managed to scrounge a number of tables and got rid of the desks rather quickly. I've spent some time (and money!) on freshening up the "Shark Tank" - basically a tent, but it can hold 3 or 4 students. I've now got blackout curtains (4 blanket sewn together), "seaweed" at the entrance, lots of blue blankets and cushions, blue fairy lights and (my newest edition from a few days ago) speakers to be attached to an old smartphone which can play calming nature sounds. Several of my students do love to work in there, so hopefully that continues.

Originally this term I was allowing students to take chairs all over the room, but that became something of a nightmare with students rushing in after morning tea and lunch to get the good chairs (swiss balls) and then nothing was ever put back. I've decided I do need to take something of a hard line on where the furniture is used (i.e no big chairs at the kneeling tables). I struggled with this decision mostly because I want to let the students have choice, but at the same time, they just get in the way of each other and actually need instruction on how to manage themselves. Maybe as time goes on, I can give that privilege back to them.

I've also worked on some other specific areas in the classroom. I've got a Lego building area (complete with thousands of Lego pieces) and a budding Makerspace/Tinker Table (more on this later).

The learning space will once again undergo a transformation when we move in a little over a month, but for now, I've got lots in mind and will be able to take on board student suggestions.

One of my big focuses is shifting my teaching from me taking group after group after group to one where students are mostly self directed and I jump in when needed. This will be a long process, and I'd probably say I'm closer to the middle than either the beginning or the end (ha! there will never be an end, I think).

The first thing I made sure to do was to get my students set up with their own blogs. I did this last year, but have made a bigger effort to get students posting work (it also makes me think about what kind of work is worth sharing and leaning towards those kinds of activities). Many students are posting multiple times a week, though some still need a bit of extra motivation.  They are also commenting on lots of other blogs. We've got a pretty good amount of blogs for them to look at and the expectation is a blog comment a week. Most are doing this and the comments have been amazingly positive. We will continue to develop these communication skills with the students.

I have continued the independent activities I gave last year for reading. The year 3 and 4 students have proven to be much better (mostly) at completing these and understanding them. I do have my doubts about whether or not this is the most effective way to teach reading. I am still the one who chooses the books (though the more activities I have made, the more likely they can choose), but they are becoming much more independent. My biggest worry on this front is that it may be too much for them to do in a week, though I suspect it is more the format that they are getting used to. The activities themselves don't seem to be too difficult. We shall see.


Despite not (seemingly) putting as much effort into changing writing, it feels like I've got a pretty good thing going with it. I've mixed up my groups and have them working in partners. They are doing really well with coming up with good stories with partners and many of them are very aware of their targets for writing and are actively working to improve (some have already improved significantly). This is definitely the way forward, with a few more tweaks.


I've talked to my students about passion projects (Genius Hour/20% time). They desperately need to be allowed to do these things. After failing miserably last year with this, I'm hoping I can gain some traction with it soon.

My Maths Problem solving has come a long way as well this year. With some help from other teachers who have had the actual pd, I've changed up my questions (now I have three levels) and my groupings (there's only small differences between partners, even if the groups are extremely mixed) and have had some success. This will improve as students start using the tools more efficiently. I will also need to help support students with the way they interact (talking to each other, listening to each other).


Two things that I tried this term were Twitter Chats and Mystery Hangouts. The twitter chats have had some mild success for some students. They do like posting the answers we come up with, but there is little interaction with other children. I've tried my best to seed discussions with other students, but they often don't reply to questions. I think this needs to stay as an optional Wednesday afternoon. Mystery Hangouts have been much more successful. All of my students (or most of them) are engaged during them. Even though they have a long way to go in terms of working together and trying to solve the problems, they are trying. Time will make them better at this. I already have a few scheduled for next term so they will get some more practice.

The last week of term was spent on what I called the Super Happy Fun Challenge. I put the class into 4 teams which were completely mixed up. They had a series of challenges (make a team name & chant, build something with lego, make a musical instrument with the Makey Makey, program Dash to get around and obstacle course, and make a digital storybook). Without going into a crazy amount of detail (because I could probably write a short novel on what I learned from that) it was eye opening. It showed me which children need to work on teamwork skills (hint: pretty much all of them), problem solving skills (less of them, but still a lot), communication skills (a good number) and just general creativity. We had a reflection about the whole thing on Friday afternoon and a lot of things also came out of that - one being that they don't really know what some of the dispositions mean, and the other being that they don't like it when things are hard. We will definitely be doing some sort of iteration of this challenge at the end of term 2.

Becoming an eLearning Leader has had its challenges. A lot of what I've done this first term could easily fall under the category of Tech Help. I'm happy to help, but I don't want to be doing just that and I'm not really qualified to be that person. I agreed to a job which would help others with eLearning, not with broken technology. I've tried very hard this term to focus on things I can do to help. To lead by example. I don't want to force anything down anyone's throats. I think I've managed to start that slowly. My goal is to get a few more people on board with some things and slowly introduce new things.

So where to now? The biggest thing I want to focus on is making my students independent. I think one way I can do this is start to use SOLO a lot more in class. The school uses it so it's not like I'm starting from scratch with my students. The first thing I want to do is go over the school dispositions using SOLO (and make some sort of rubric for that). Then I want to make sure students understand how they need to interact - using talk moves and some other things I've made. Also, focusing on growth mindset and working through the dip/learning pit is going to be a massive focus this term. 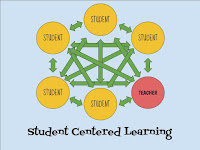 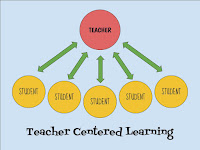 With respect to my makerspace and passion projects, I've recently spent some money to get some electronics (Arduino, squishy circuits components, a launcher for Dash, some Makey Makeys) and some other materials for this along with getting some books from the public library. I want my students to have some chances at hands on activities. I will also be starting a code club next term, which will hopefully get some students (in my class and in others) using coding to create their own things. There are countless opportunities for these kinds of things. I need to make sure I am careful and not stretch myself too thin.

I'm also looking at changing reading a bit. I've read a bit lately about how mixed ability groups can be done in reading and am going to continue to try some new things to see if I can make reading a bit more fun for students. Or include it in some sort of passion project-type activities. Definitely keep tuned here for some stuff on that.

I have reached the limit of my ability to reflect in one go. Perhaps one goal for this term will be to do some sort of reflection every week instead of all in one go. We'll see. Until next time...