Building a Community Vibe with Karakia

Earlier this year, an RTLB working with one of my students suggested we start a daily Karakia to help make the student she was working with more comfortable in the classroom. I was keen but hesitant (what with the religious connotations and all). Being a foreigner in New Zealand, I do think it's important to learn about the unique cultural history and customs of my newly adopted country. I wanted to strike a balance between doing so and not having students pray in school. I waffled on this idea for a while but a few months ago I spent some time and researched some karakia that are commonly used in schools that had no religious connotations. I ended up finding a few good ones, so I actually made a morning version and an end of day version. We've been doing this for so long now that we've memorized both of them. 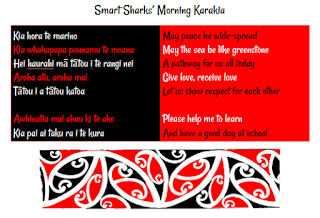 I cannot claim that one thing caused the other, but since we've been doing this, I have sensed a feeling of community within my classroom. I do feel that this has made my students more comfortable in class and it has added some structure to our day. A way to start and end it. All in all, it's a small effort that can potentially have very positive outcomes. I recommend that every New Zealand teacher try this (you can even use the ones I've borrowed off of the Internet). 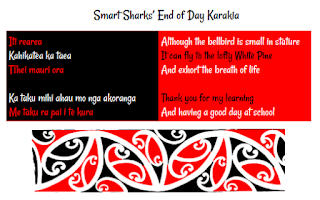 Posted by Anonymous at 5:59 PM