Passion Projects: A-learning We Will Go!

Last term my class started Passion Projects after having tried it last year at my last school. I had meant to write an update as to how the finished products went, but never found the time in a busy schedule straddling the last holidays. The presentations students shared (with myself, the class, our Principal and one Deputy Principal) were a good start. There was some nervousness. The students had mostly put a lot of effort and thought into their projects and it was great to see them share what they learned. But there were many things that could be improved - a lot of which fell on me. Preparing the students better was a priority of mine. Exposing them to better and more interesting ways of sharing what they've learned was another. We had a big reflection after the first round and then again when we started the second time. Students had a better idea of what was expected and way less time was wasted getting started.

This term I have stood back much more than I did last term (at least after the initial reflections) and have let my students explore their questions and take them in their directions. I probed when necessary and helped out when asked. But it was this week that the changes that had been brewing silently finally came bursting out in full view.

What was most startling was the variety of things students were doing this term. Many were using our classroom's Makerspace to create something. Some were coding. But it was apparent, the students were all enjoying what they were doing and were fully engrossed in their projects. 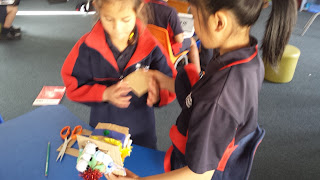 I think the biggest issue during the first go around of Passion Projects was that students were actually a bit tentative when it came to making choices about what they wanted to learn. They were a bit afraid of the choice and choose ways of sharing that were known, and thus easier. Now that they've had a chance to try it, they have begun to try new ways of displaying their information. And no doubt, my understanding and increased comfort level with the chaos has helped. 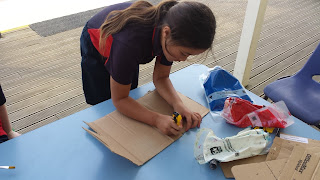 As a teacher, the idea of letting go was not one that was difficult to come to grips with. I want my students to have choice and control over their education and learning. On a practical side, that isn't always the case. I'm constantly afraid someone will get hurt (hot glue gun, box cutters, kids being kids) or a massive mess (paint, glitter), Legos being lost or sucked up by the vacuum after school, or just things generally being broken or wasted. This does happen occasionally (usually not the getting hurt though) but it's just something I need to get over. Trusting the children is key and they will often surprise you if you give them real trust to learn their own way. 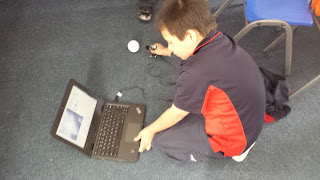 The students have become proud of their work as well, though they have been a bit hesitant to share their work. When they do, everyone has been extremely supportive of each other. It's not just the fact that students are choosing what they learn and are engaged - they have also become a supportive learning community. This has been key in their transformation. 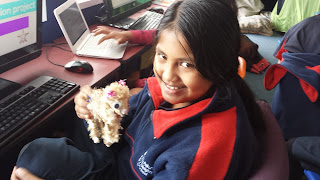 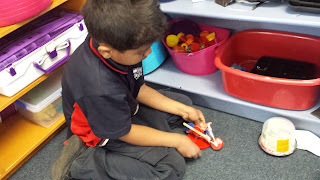 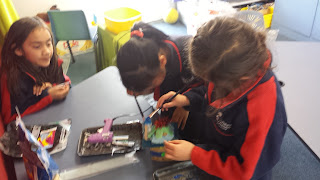 I borrowed a Ricoh Theta this past week to make another video and tested it out by taking this 360 degree video of the class during Passion Project time. I really enjoyed this day (and the whole week) as we have been doing real learning, not just the kind where I stand up in front of (or sit with) a group of children. It was an extremely liberating feeling for me to be able to give my students a voice. I hope that these lessons stay with them for life.